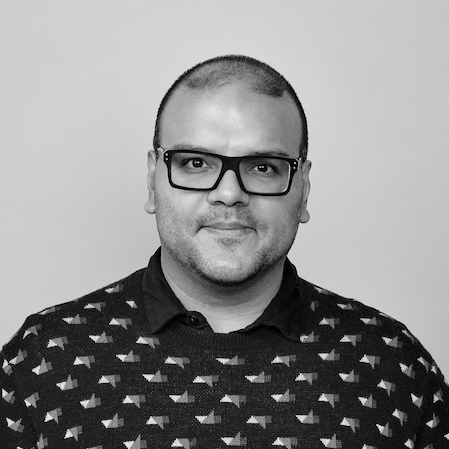 Cell-based therapies present enormous opportunities to improve the lives of patients suffering from a number of diseases. One example is CAR T-cell therapies, which re-engineer a patient’s immune cells, and have shown impressive response rates in certain blood cancers. But there is a tremendous unmet demand for personalized cell therapies to treat degenerative diseases — diseases in which time is the body’s enemy, for which we need a way to turn back or slow down the clock.

I cannot overstate the excitement and energy at Cellino — the sheer force of creativity expanding the frontier of the possible. Prior to joining Cellino, I was working on artificial intelligence (AI) and machine learning (ML) for brain-computer interfaces and medical devices. I jumped at the opportunity to be Cellino’s AI and ML lead, because of the interesting scientific and engineering endeavors, and most importantly because of the diverse team, which is a unique blend of scientists and engineers from all walks of life — all focused on our mission and culture. The culture of biologists, physicists, engineers, and software developers all working in harmony, pooling our strengths and insights is a fantastic thing. Then the mission.

What can I say, except that it resonated deeply? I lost my father to a degenerative disease — a cruel disease of irreparable cellular damage over time, the kind that Cellino aims to make a thing of the past — when I was 22. I know firsthand that discovery in medicine and biology is only a first step. To change the world, therapies must be available to patients. And to be accessible to patients, therapies must be scalable.

What stands between us and the deployment at-scale of these life-improving and life-preserving therapies is not biology or medicine, but economics. Stated plainly, current cell-based therapy generation is labor-intensive and cost-prohibitive. What we need is a way to automate and scale production so these therapies can become widely adopted. The way to do so is to converge advances in medicine and biology with breakthroughs in artificial intelligence/machine learning and novel engineering/physics-based technologies. At Cellino, we are forging a new industrial revolution — an AI-driven revolution — for cell-based therapies.

Let me use an analogy from the last two centuries to illustrate the point. Karl Benz invented the motorcar in the 1880s, but the public did not widely adopt cars until many decades later. Even though better technology existed, people were still going around in horses and buggies for years and years. Why? The reasons had more to do with economics and the manufacturing process than with automotive engineering itself. You see, the first cars were built by hand by artisanal craftsmen in specialized workshops. Making a car was laborious, expensive, and slow. As a result, only a handful of extremely wealthy individuals could afford a car. And because car adoption was so limited, there was no incentive for governments or private industry to build the roads that would make cars truly useful. This world-changing technology faced a negative feedback loop that was only broken when pioneers like Ransom Olds and Henry Ford pioneered new manufacturing processes to surmount the economic challenges.

Like the car in the early 20th Century, cell-based therapies are in danger of becoming stuck in a negative feedback loop unless we revolutionize how we generate them. And just like early motorcars, the manufacture of current cell therapies is based on a craft, artisanal production model. Many of the crucial steps in reprogramming a patient’s cells for therapeutic purposes are done by hand at a laboratory bench by highly trained biologists. This artisanal manufacturing process does not scale, especially for autologous therapies (using a patient’s cells as the starting point), for which the process is repeated anew for every patient. At Cellino, we bring our combined expertise in AI and machine learning, biology, and laser physics to solve this problem.

The shape of cells, the appearance of specific structures, the outlines of colonies, whether the cells are positive for a particular stain — in short, pattern recognition — indicate to the biologist that individual cells in process are better than others for a specific purpose. Now consider the numerous decisions a biologist needs to make regarding cells during the production of a cell-based therapy. These decisions involve selecting the promising cells or clones that will be allowed to proliferate in the culture while removing cells that are lagging in the reprogramming process or undesired in the final product. This area is particularly apt for automation by artificial intelligence and in particular, deep learning.

The promise of these techniques for biological data has already been demonstrated, for example, in pathology, genomics, and drug-discovery. For example, a recent study in Japan by Iizuka et al. found that a CNN model trained to recognize stomach and colon cancers from H&E-stained slides accurately detected stomach cancers 95.6% of the time — while trained pathologists had an average accuracy of 85.9% on the same slides and medical students only achieved an accuracy of 41.2%. In genomics, CNNs and LSTMs were used by Singh and her collaborators to achieve state-of-the-art results in predicting gene expression from histone modification signals and Google’s DeepVariant CNN-based model is used to reconstruct an accurate genome sequence from individually noisy high-throughput sequencing reads. And there are dozens of companies applying deep learning to the challenges of drug discovery.

The reason that deep learning with neural networks has created so many new possibilities is that it represents a difference not of degree, but of kind. A deep neural network is not just a bigger regression model. Instead, it represents a fundamental shift in thinking about computation and data. And while tools exist for the curious to apply deep learning to simple problems on curated or toy data, the development and optimization of neural networks for novel and difficult problems requires understanding how the composition of simple operations such as convolution with small kernels (technically, correlation kernels in most applications), simple nonlinear piecewise continuous functions, and a differentiable metric, seminorm, or divergence as a proxy for a desired outcome results in a self-assembling sets of feature extractors at multiple resolutions feeding functions capable of outperforming the human senses in object recognition, prediction, and a host of other tasks.

Knowing how to finetune a deep learning system for these new and difficult tasks requires understanding at a fundamental level the process of training neural networks as a dynamic process, on the one hand, and as a geometric/topological problem, on the other, and how, for example, certain regions of a network’s parameter space are more susceptible to perturbations than others. Once a deep learning model is trained, deploying it reliably, efficiently, and cost-effectively at scale is another matter requiring specialized skills. There is having trained a neural network on MNIST, and then there’s grokking neural networks.

At Cellino, we combine expertise in AI and ML with biology and laser physics to disrupt cell-based therapies. Engineers and biologists work in cross-functional teams to create AI algorithms that distill the pattern-recognition knowledge that the biologists develop through years of study and hard work. Taking advantage of the power of deep learning for pattern recognition in combination with single-cell laser editing allows us to remove the significant bottlenecks of craft production. We structure our AI-driven laser platform capabilities into a single overarching system to scale up the process of generating personalized cells.

Using a mix of rules-based systems, classical machine learning, image-processing, topological data analysis, computational geometry, and deep-learning, our AI system can take visual patterns in a label-free microscopy image to turn them into a list of actions to take on the cells in process. Instead of a biologist with a pipette at the lab bench reading a protocol sheet and taking notes in a lab notebook, the AI system presents a list of instructions to a laser system and then to additional automated components such as plate transport, incubation, and liquid handling. Detected patterns and distilled knowledge lead to automated decisions to take actions that are tracked and recorded continuously, without the need for human intervention. The Cellino system is designed to be completely automated and closed, with the concomitant production cost, yield, and quality benefits that brings. And label-free processing keeps the cells safe for therapeutic use.

Cellino’s AI- and laser-enabled automated system — software and hardware together — allow us to complete the chain from the distillation of knowledge (pattern recognition) through decision to action. The precision laser-based interventions enabled by the founding team’s physics and photonics expertise mean that every interaction of the system with the cells can happen optically in a sterile closed system. And with the AI directing the laser to act on precise cell targets according to evidence-based protocols without the need for constant human interaction, the risk of contamination is reduced.

This AI-driven automated system has an additional advantage. Every part of the process is tracked and recorded. Instead of a chain, we have a loop from distillation of knowledge through decision to action and then back to knowledge. The data generated in the process can be fed back into the system to improve decision-making in a way that a craft production process could not.